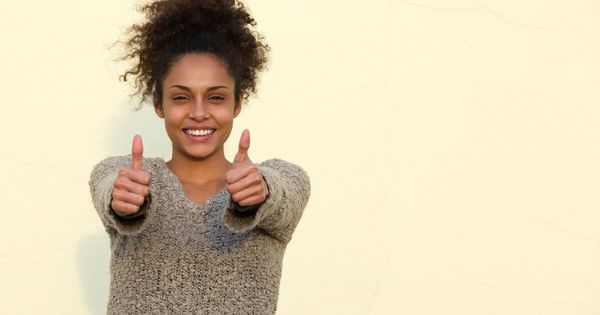 We oversimplify success and then wonder why we don’t achieve it.

Recently, people celebrated the 50th anniversary of the US moon landing.

Neil Armstrong, Buzz Aldrin, President Kennedy — these are the people who get the most attention. Not unlike many other yarns we spin declaring the latest overnight success.

We oversimplify success and then wonder why we don’t achieve it.

Solving problems is one of the truth about overnight success stories.

“Ten thousand problems had to be solved to get us to the moon. Every one of those challenges was tackled and mastered between May 1961 and July 1969. The astronauts, the nation, flew to the moon because hundreds of thousands of scientists, engineers, managers and factory workers unraveled a series of puzzles, often without knowing whether the puzzle had a good solution.”
– Charles Fishman, Smithsonian Magazine

I love this quote; not only because it acknowledges the people involved, but also because it talks about problems, puzzles, and solutions.

It’s fascinating to me that most people shirk away from problems, puzzles, and solutions. Sure, as business owners, we solve other people’s problems. And often hang onto fear rather than solving our own.

Are You Afraid of Ten Thousand Hours?

Is it easier to hang onto the truth about overnight success story myth?

Are you afraid to put in the thousands of hours it might take?

Or is it the shame that you haven’t made it yet?

The important thing is to get started, no matter how small. Work through those big business puzzles and when you get stumped, don’t be afraid to ask for help.

‘Overnight success’ is a myth. And so is doing it alone.

I think it’s that we shield ourselves (and others) from failure. We don’t see the fear, the crash, the day-to-day grind problem solving requires.

I remember years ago when I worked as a business analyst. I was collaborating with a team to convert Excel spreadsheets into a computer application to calculate complex tax computations, to the penny, and then split it six ways, also to the penny, no rounding. When you’re dealing with millions of dollars, pennies add up quickly.

No one could get the math right. No one. My programmer was telling me to give it up. My supervisor thought maybe it wasn’t possible. My customer demanded it. One night, worn out from the day, and tired of working through the same puzzle, I broke down in tears. My husband hugged me and asked to see the equation.

Oh. Have you tried this?

My lawyer husband solved the puzzle a team of tax pros, a business analyst, and a programmer couldn’t figure out.

Truly. We can’t do it alone.

And as far as anyone working there now is concerned, building the application was a piece of cake.

There Are No Overnight Successes

There are plenty of people who never try.

I’m not saying it isn’t daunting.

Are you trying to do something that’s never been done? Good. Keep doing it. Is it hard? Good. Then it’s worth it.

We need to start being more afraid of never starting than we are of failure, doing something new, or solving the problems ahead.

We need to be the John F. Kennedy of our lives and businesses.

It’s easy to think that all Kennedy had to do is declare the US would go to the moon to make it happen. He wasn’t even an engineer or astronaut.

... But There is Unshakeable Belief

And while that may be true; what I’m talking about is the unshakeable belief that the US would land on the moon even though we had no idea how to do it.

You need to practice having that unshakeable belief in yourself.

In your goals. In your ability to get there even if you don’t know how to do it.

I believe in you.

Now go out there and get it.