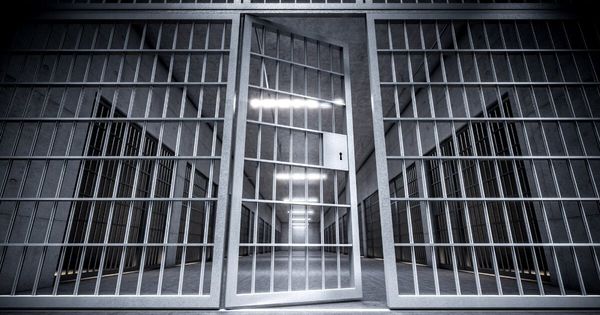 His Unbelievable Leadership Journey Will Make You A More Successful Leader

‘My Ass Followed My Mind’ from Ditch Digging to CEO

Originally published July 16, 2018, on Medium in The Startup.

I laid back on my rack. I looked at the wall. I had this moment of clarity where I was like, “Why am I here?” It’s not because my parents left me. This was my shift out of the victim mindset. — Tim McCain

14 years old. Homeless. Parents out of the picture.

You might think this was when Tim McCain became a man and started his leadership journey story.

But you would be wrong.

Homelessness made Tim an alcoholic, an addict, and an entrepreneur.

But not a man.

In fact, his creative, criminal entrepreneurial activities are what landed him in a California state prison. He did what he thought he had to do to survive.

A disagreement and a gun landed him in prison. He went in with a man’s body, a victim’s mindset, and the intention of being a ‘good convict.’

Tim will tell you that ‘good convicts’ are great for prison; bad for society.

Tim did the crime. He also served his time. It’s how he used his time that’s remarkable. Instead of reading Louis L’Amour, he read books like As A Man Thinketh by James Allen. Rather than plan his next caper, he learned to meditate.

Seven years and eight months later, Tim left prison a man. A man ready to be a good citizen.

‘My Ass Followed My Mind’ from Ditch Digging to CEO

When Tim got out of prison, he knew he couldn’t go back to dealing drugs. Nonnegotiable.

His boss was an asshole, but Tim was a man with a plan.

Despite what society said Tim knew he wasn’t making a career out of digging ditches.

Every night he would practice visioning. Reviewing the day — what happened, what went well, what didn’t go well. Where did he fall short? How can he course correct?

Then he’d create a vision for the next day — conversations, situations — a perfect day through a hopeful lens. That ideal day included rectifying situations he’d created the day before.

Every day he’d follow through on building positive relationships. Course corrections. He did good work. He followed his vision.

Tim credits that relentless pursuit of a vision for meeting his wife, having a family, and making considerably more than $7.25/hr.

He leads three software companies — each in different stages.

He also gives back, “helping those in need to break through the walls of limitation and develop personal empowerment” as a facilitator and member of the Board of Directors for Community Catharsis Solutions, a nonprofit he founded with his best friend (and former cellmate), Brian Fowlie

When you start doing your own business, you’ll see you’re also the janitor. — Tim McCain

Tim is obsessed with growth. He knows what it’s like to be hungry and he’s never going back. Not him. Not his family. Not his companies.

His leadership style is part visioning, part boots on the ground. Frequently he’s taking customer service calls alongside his employees because he believes you’ve got to be willing to do the work you’d ask someone else to do.

Tim and his partner set a goal for $1 million in gross revenues. When they hit $1 million for the second year in a row, Tim realized they hadn’t created a clear vision for what would happen next.

Time for a course correction.

Now, every time the company hits a big goal, Tim meets with his partner to create a new vision and update goals.

He’s created a path to leadership for his employees. Unsurprisingly, his curriculum revolves around reading, introspection, and mentorship.

Eventually, he’d like to hand the day-to-day off to his leadership team.

How to Become a Successful Leader: One Man’s Awe-Inspiring Journey