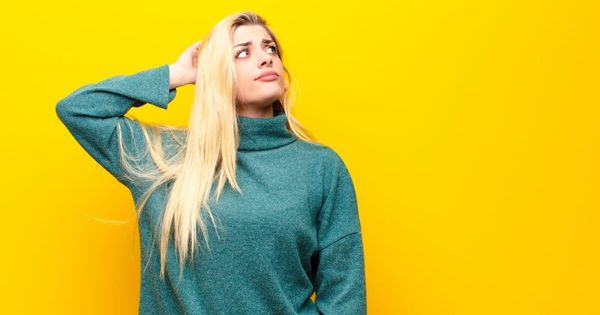 Why You Have to Stop Should-ing All Over Yourself

Whether you know it or not, you're should-ing on yourself. All.The.Time. Here's why you need to stop saying "I should..."

We spend a lot of time in the land of ‘should’. Why?

I should write a blog post, I should schedule my social media, I should hire a bookkeeper. And the list goes on. What does ‘should’ actually mean? And should we even pay attention to ‘should’?

Transcript: Stop Should-ing All Over Yourself

[00:00:00] I've been thinking all weekend long about should and what the word should means. And the Sunday I just decided why not do a Facebook live? Probably most of you were like, I don't want to think about business. It's still my Sunday evening. I totally get that. But the video will be here later, if you decide to watch it later.

[00:00:38] And yet what does should actually mean? And is there really any reason why we need to pay attention to it at all? So a lot of times when I'm trying to figure out. What does this should mean? And why are people saying, Oh, Jen, don't say, should maybe say this instead. Or even I hear people say it and I'm like, do you really mean shit?

[00:00:57] And so it's become this word that we're all bandying about and, curious about whether or not we should use it. And yet we continue to use it and we continue to think about it. So show does a verb. It's actually a modal verb. If you want to get really technical about it. And it has a lot of definitions, but here's the one.

[00:01:16] Set of definitions that I really wanted to focus on. One is it indicates an obligation duty correctness, or typically criticizing someone's actions. For example, if we're having a conversation you could look at me the summer afternoon and say, you should really use sunscreen. That's a fair assessment.

[00:01:37] I have a little bit of a sunburn and yet, is it fair to Criticize me for not wearing sunscreen and falling asleep on the beach, or is it just indicating that you want to give me some advice or a suggestion, which is another definition or a desirable or expected state, like you should wear sunscreen [00:02:00] if you don't want to be sunburn that's fair.

[00:02:04] In business, it gets a little more complicated, right? I was at a business round table earlier in the week and somebody I know said, God I have this idea. I know exactly what I want to do. I know my business goals. Why does everybody keep bothering me with all of their suggestions? And why does everybody tell me what I should do when I have my own dreams and what you think I should do?

[00:02:26] Maybe it doesn't fit my goals and objectives. That's fair. And yet, Opinions. I'm going to sound like my dad here, opinions are like assholes and everybody has one, right? So there are times when we need advice times when we're paying for it. So say we have a business coach or a counselor or somebody else in our lives, a doctor, somebody that we're paying to give us advice.

[00:02:52] And they say should, I would think that's a little bit different than say. Your friend tells you should or, even your significant other tells you should. Because maybe you're not even asking for advice. Maybe you don't want to feel like you're being criticized for your actions. Maybe you just want a sounding board and you're not really saying, put me in the land of should.

[00:04:18] In fact, any time I learned this at the world, domination summit, anytime you read a book about. Any sort of self-help tip or any sort of tool that you quote should use. Just remember that the person who wrote that book, that person is telling you, because it's what they do is what works for them. And it might work for another sliver of the population, but if it doesn't work for you, that's okay.

[00:04:41] You're just taking up data and, deciding that you can do whatever it is that you want with it. Don't put yourself down, but don't put yourself on the Island of should just because you're not doing what somebody else is doing. Or think that you should do something because someone else told you to, they're just giving you advice and, that's fine, but also feel free to say, Hey, we're really looking for advice right now.

[00:05:03] In fact, my friend at the business round table, I asked her, I was like, are you telling people to stop giving you advice? And she's Jeff, of course I am. And I'm like, good. That's exactly what you should do. And there I go using the word shit again but it is, what we need to do in fact, When we start telling ourselves should all the time, maybe it's a time to step back and say, what is it that I need to do?

[00:05:30] Or what's a priority. And then you think about that and then you pull back and you think about your priorities. And that's really what it is. I've, been telling myself all these things that I should do. And instead of giving myself a bad time, I stepped, took a step back. And I said, okay, I'm not doing these things that I tell myself, I should do.

[00:05:52] What does that really mean? And I started saying that writing that blog post isn't a priority right now, [00:06:00] but I felt pretty good about it. And then you have to like, think about whether or not hi, Allie, you have to think about whether or not that should is actually a priority. And so I encourage you to replace should about all of the things that you've been telling yourself that you need to do over and over again.

[00:06:34] And because I don't feel good about that. Now I know that I need to take an action so that I can get whatever it is that I want out of that. I realized about the morning routine that I wasn't doing. I was actually doing my own morning routine, but I was stressing myself out about what I should do, because I'd read all these books.

[00:06:53] I've read all these blogs and talked to all my friends, but it wasn't really honoring the fact that I was doing my own thing and maybe that's different from other people and that's okay. Maybe I was in a place where I needed to. Not seek advice and not put myself on the Island of should and instead saying, wow, okay, this is what I'm doing.

[00:07:16] And I'm okay with that. These are my priorities. This is what a good, thing is for me. This is what my plan is instead of saying I should really develop a routine that I do every morning and get up at five and meditate and journal and sit powerfully with a Boston terrier that just wants to run everywhere.

[00:07:36] When I know that's probably not, what's going to happen. So I just challenge you the next time someone tells you what you should do. Maybe say, hold the phone there. I have a good sense of what I need to do. If you've asked for advice and they tell you what you should do, thank that person and take it in, but just, find a way if you can, [00:08:00] to put it in its place rather than.

[00:08:03] Make yourself right or wrong or good or bad instead, make it about where things fall on the priority list. Thanks and have a great rest of your Sunday.

The Transformational Mindset Shift that Freed a Man from Prison

How to Own Your Inner Power with Tandy Pryor